How to have the best day at Universal Studios in Orlando

After the huge success of our Disneyland post, we had to an identical blog post for Universal Studios in Orlando. So here are some tips we found on the internet about how to have the best day out at Universal. We will follow the same structure as that post so split it into three sections food, attractions and general advice.

Food is up first on the agenda, now Universal has a load of great places to eat. A big obvious must drink has to be the Butter Beer you can find in The Wizarding World of Harry Potter. People say its like a butterscotch flavoured cream soda, and great for a perfect photo op. The Simpson’s Fast Food Boulevard has a few food choices, it’s a great place if you need to get places in a hurry and don’t have much time at the park. So try out the crazy massive, Lard Lad donut, its great to share if you are going with a big group. They have a Bubba Gump in CityWalk this place is amazing if you want to eat good seafood, a great suggestion we picked up on is the Lt. Dan’s Drunken Shrimp. Plenty to tuck into and the atmosphere is fun to. Lastly to top that all off why not go to Florean Fortescue’s Ice Cream Parlour, located in Diagon Alley. They have butterbeer but in soft serve ice cream. Simply amazing and to die for. There are plenty more flavours to choose from so perfect if you are taking a stroll along Diagon Alley. If that doesn’t want to make you book your tickets then lets hope the next section does.

Next up is attractions, so many more to choose from in Universal. Sticking with the Harry Potter for the first choice, Harry Potter and the Escape from Gringotts. It’s a 3D Roller Coaster style ride, its mixed with video motion simulations so you get the see the whole Harry Potter characters come to life in front of you. Its not the best if you get a tad motion sickness and its based inside and not an outdoor ride so just a little heads up for you guys. With the recent remake come back to cinemas I am sure you will want to check out the Jurassic Park ride, River Adventure ride. It’s a water ride so expect to get covered in water, set similar to the original movie. You see the life of the dinosaurs and then all of sudden everything goes wrong the raptors escape their enclosure and you then go down the huge drop and get covered in water. Why not go for something a little bit more lit hearted at Universal and ride the E.T Adventure, take the famous bike in the film, a great ride if you have younger kids with you. We shall leave you with the last ride to check out which is the Hogwarts Express and you get on the train and enter a carriage, you travel from Kings Cross to Hogwarts and look out the window and watch your journey also some shadows walk past with key characters from the movie. Just a few rides to keep you occupied whilst at the park. 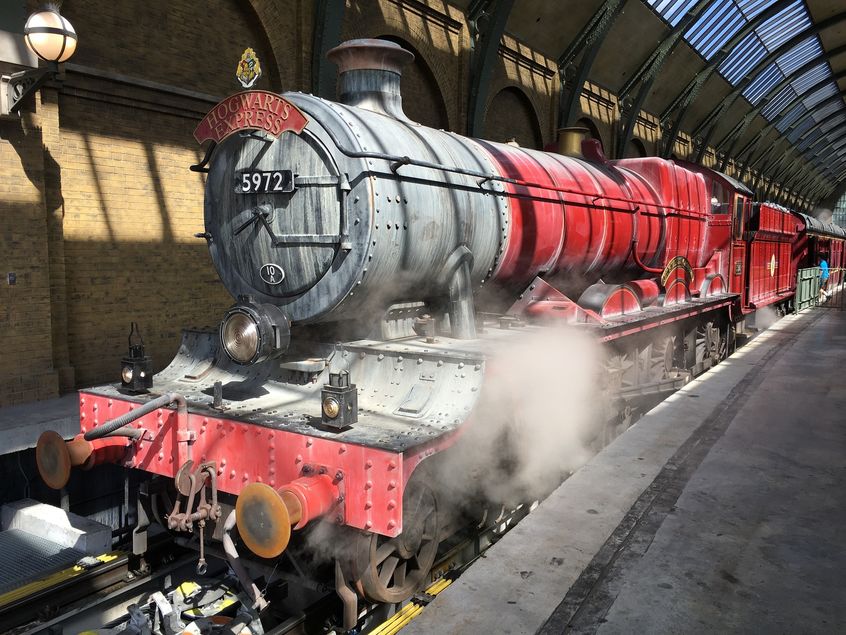 Lastly lets give some great advice for when you are at Universal. Best to book your tickets online since it is cheaper, you can print out your tickets at the park. Apparently cramping everything in 2 days is tricky but if you don’t want to go on every ride then its suggest to get the 2-day passes. Nearly every ride there which does not let you carry your belongings on have free lockers so that will be great so that your valuables don’t get lost or wet. Plan ahead on what you want to do, since every park has a map online, download it and maybe have a few rides you really want to go on and some you aren’t too desperate to ride. A must do if you are a huge Harry Potter fan is to get a park exclusive wand, get one that’s picked for you well worth it if you have kids. Lastly, if you don’t mind sitting next to someone else and it makes life easier if you ride alone, you will not have to wait for so long so go to the single queues on selected rides.

So that is it for some short advice on going to Universal Studios, if you are counting down till Universal Studios then don’t forget to tag us in your pictures. #countdownplus and find us on Facebook, Twitter, Instagram and YouTube.